Since their creation in the 19th century, motor clubs have become institutions and united millions of members around a common interest: the car and the pleasures and challenges of driving it.

However, a number of evolutions are threatening the very existence of auto clubs.

First, driving could become superfluous. “In 20 years, owning a car that doesn’t have full autonomy will be a lot like owning a horse. You will only be owning it for sentimental reasons”, says Elon Musk.

Second, young generations seem to lose interest in purchasing a car and even in taking their driving licence. According to recent statistics shown below, the average age of new car buyers has grown regularly to reach almost 50 in the US, the nation of cars and road movies. In 2015, 16-34 year old individuals represented only 22.6% of new light vehicles buyers against 28.6% in 2000.

In France, the average age of a new car buyer last year was 56 against 44 at the beginning of nineties.

Third, due to increasing pollution and congestion, government policies are turning against the car. Cities are restraining access to motor vehicles. In many countries, federal governments are reducing tax benefits related to company cars (e.g Belgium) or envisaging charging for the use of roads (e.g. Germany, the Netherlands).

Fourth, the increased penetration of connected cars, driven by cheaper technologies or regulatory mandates such as eCall in the EU, could have an indirect effect on auto clubs.  According to a recent survey conducted by PTOLEMUS, most European OEMs expect to use Third-Party Service eCall, which means that the emergency call is filtered by a roadside assistance company (typically not an auto club) before being transferred to so-called PSAPs (Public Service Answering Points). If the call is not an actual emergency but only an accident or a breakdown, as is generally the case, the vehicle driver is sent to a workshop that is chosen by the car manufacturer. More generally, by connecting the car, OEMs can remotely diagnose it and schedule maintenance activities in affiliated workshops. These 2 evolutions mean that the number of breakdowns is falling and  that auto clubs are being dis-intermediated. 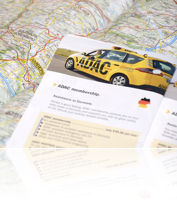 Last but not least, while many auto clubs have started re-orientating their services towards the home or travel, the change in their business model, mainly dependent on roadside assistance, has generally been extremely slow. While they could have seized new evolutions such as Usage-based Insurance (UBI) or remote diagnostics to build new revenue opportunities, they have generally refrained from taking any significant risks.

This makes motor clubs dangerously exposed to the next turns of automobile history.

Will the EU force automotive OEMs to open the gates to car data?

Why do we need vehicle data hubs?