The role of the cities in advancing autonomy 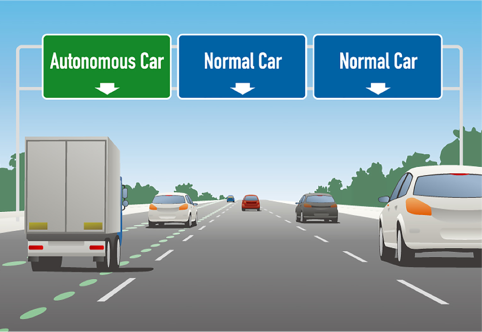 Regulations allowing the use of driverless vehicles are, by and large, missing. The issue is that the regulatory framework required is complex and very different everywhere we looked. Depending where you are, the highway code can be a national, state or regional decision. Many countries do not even have or observe one. So, it is perhaps unsurprising that cities have taken the lead – using local exemptions – to promote driver and vehicle testing. After all, they have the most to lose.

In Europe, only two of countries have taken the first steps towards regulating automation and driverless vehicles; Germany and the UK. In the US, only 9 states have passed any sort of bill related to automated vehicles and some are just a toe in the water.

This is good for nobody. If too much regulation can suffocate innovation, too little can starve it. A spokesperson at Google commented, “It’s really hard to try and anticipate how the technology might be used in the future and write laws for every eventuality. We think policymakers should learn about the technology and see how people want to use it first before putting a ceiling on innovation.”

US Cities will take the lead over their states and it is not just Pittsburgh (Uber) or Gothenburg, Sweden (Volvo) that are trailing driverless cars; many more are working their own way to autonomous fame.

Specific cities will have a unique interest. Beijing and Delhi are places where people don’t always follow the traffic rules. Testing in those cities will train the AI to behave around drivers that speed, ignore stop signs and change lane randomly. These are also places with horrendous traffic jams, some spanning 50 lanes, others continuing for days!

Mountain View in California is sunny and dry, Kirkland, Washington sees very heavy rainfall and the Phoenix area has distinct desert conditions, each – tested by Waymo – will be needed to understand how sensors and cars can handle extreme temperatures, dust or humidity.

Boston has announced a year-long test of autonomous vehicles on its streets in partnership with the World Economic Forum. Incidentally, Boston’s weather, complex streets and drivers, ranked the worst in the US, make the city a great challenge to test there.

Singapore has extreme conditions for car buyers as we saw in a our previous blog. There, nuTonomy has started a driverless taxi trial with only 6 cars so far, but with such stringent and restrictive traffic rules, it is logical to expect the model will grow.

Then there are dozens of cities conducting short scale trials with autonomous buses from the City2Mobil Programmes all around Europe including Lausanne, LaRochelle, Trikala and San Sebastian and those co-financed by the UK government to study the public’s reaction to driverless vehicles. These are in London, Coventry, Milton Keynes and Bristol.

Each of these cities is working on bringing investment, research, business people and ideas to deliver their strategic vision. In the US, the federal government is helping: San Francisco, Austin, Columbus, Denver, Kansas City, Pittsburgh and Portland all received a $100,000 grant from the US Department of Transportation’s Smart City Challenge to refine their plans to transform their urban transportation systems.

They will need one, fast, because driverless vehicles will rapidly effect their revenues. No parking or parking fines, possibly no fuel tax, certainly less or no road tax and no traffic fines. Speeding motorists will have to be wary of receiving extremely large fines to compensate, which could end up being means-tested like in Finland.

Finally, some cities go one step further: Wu Hu, about 200 miles west of Shanghai, has announced it aim to become the first city to ban human drivers in the next 10 years, although without saying how.

Beverly Hills and Tokyo are more vocal. They are constructing the necessary road infrastructure to accelerate the deployment of autonomous vehicles.

In April 2016, Beverly Hills council passed a resolution to improve mobility and include emerging AV technology in public transport. They have also equipped some roads with sensors and vehicle to infrastructure (V2X) communication.

Tokyo is building the infrastructure through a consortium of OEMs and map providers including Toyota, Zenrin and Increment P (Pioneer’s map company). The Dynamic Map Planning will outfit Tokyo with digital infrastructure that would relay critical information to autonomous vehicles such as shape of the roads, landmark and traffic information.

All these cities will ultimately need to decide how quickly or slowly they want to allow driverless vehicles to become part of their landscape. Whether they leave the market to decide, create areas for driverless cars only or create pathways for the integration to be managed progressively using planning methods like high occupancy lanes, cities will continue to be at the forefront of the driverless revolution.

From transport to user-centric multimodal mobility, including: