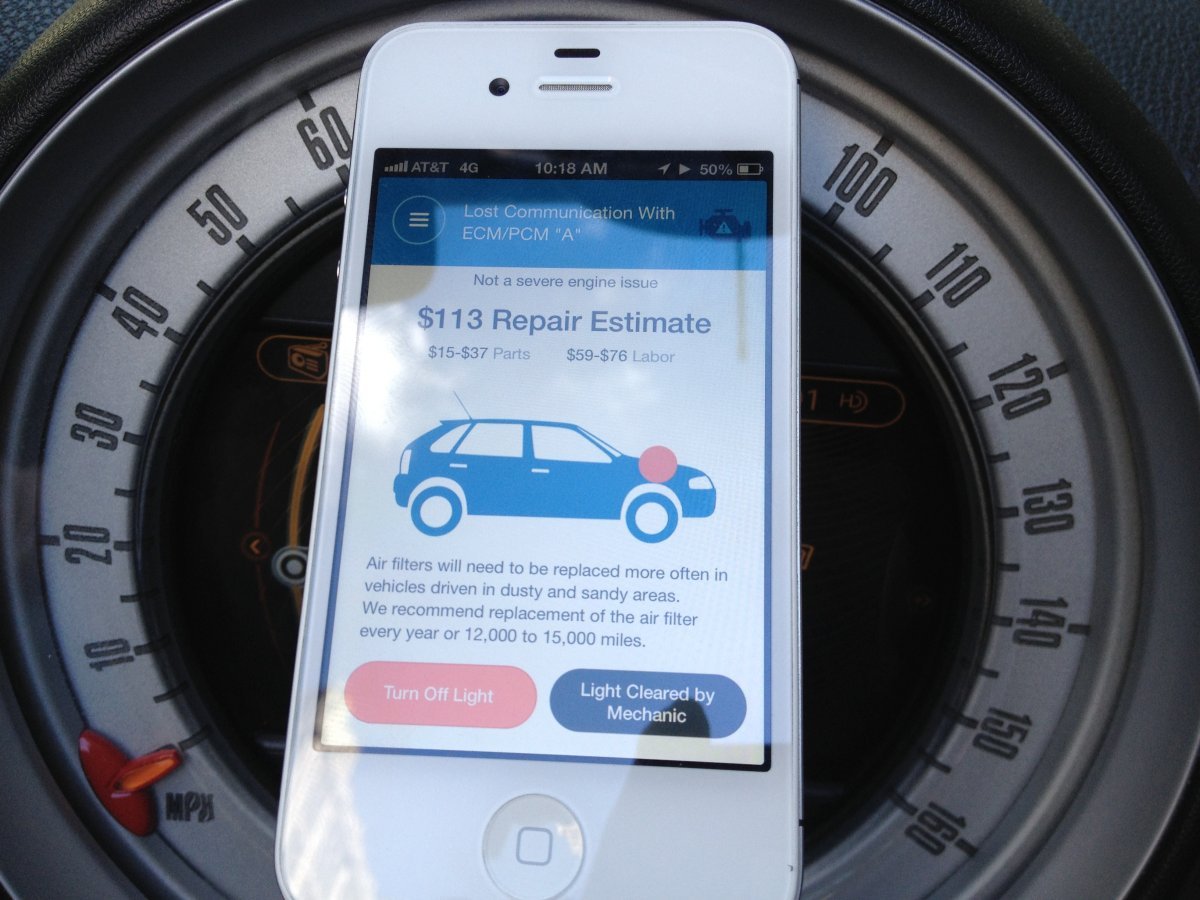 The scaremongering from OEM on the use of the OBD dongle has been widely reported and in some case it has translated into notes at the bottom of their warranty document threatening the users that driving with an OBD dongle would cancel the manufacturers warranty.

In the eyes of the vehicle manufacturers, the port was initially meant to be an access to diagnostic data only. Today it is tricked into giving away access to more CPUs. As a defence, OEMs have employed various strategies to protect access to the CAN bus by hiding the port, making it inconvenient to use while driving or making the Diagnostic Trouble Codes (DTC) impossible to recognise by third party service providers.

The result has been more time and efforts spent on bypassing the OEM protection strategies and ultimately a poorer user experience overall affecting not only how the dongle service is perceived but also reflecting negatively on the insurer and the car manufacturer.
This is a loose-all situation in which the driver safety concerned have been marginalised.

If originally, the OBD port was designed to deal with emissions, we are long past that stage. The OBD port is now expected to be used to offer free choice of aftermarket service providers and ensure equitable competition in the parts and services market. EU lawmakers have highlighted this in the automotive block exemption guidelines and the type approval regulations.

So can manufacturers legally claim the use of OBD will void their warranty and who is ultimately responsible for the safety of the driver once the OBD device is plugged?
Everybody has an opinion on the matter so we discussed it with the experts at Osborne Clarke.

OEMs might claim that telematics service providers are accessing copyrighted information or material that is otherwise protected by other intellectual property rules.
However the information coming out of the port is only measurements recorded by the devices in the car and not the result of a human creative process. No software code is being extracted so the OEM’s IP is unlikely to be affected.

Even if it was, Osborne Clarke highlights that there would be an issue of non-discriminatory access and compulsory licensing of the material given that the OBD port was created specifically to allow independent repairers and other aftermarket operators access to the information. The only difference is that traditionally the information is accessed while the vehicle is in the workshop and now it’s accessed on the road.  Yet if the OEMs and their authorised networks are allowed to access the data on the road for their own tests, remote diagnostics or wireless repair, then third party repairers should have the same opportunity.

Then comes the issue of what happens when the device is connected to the vehicle while the vehicle is in operation. Some vehicle -or specific Electronic Control Units (ECU)- may shift automatically to diagnostic mode. This could have an impact on how data traffic is prioritised on the CAN bus which could cause the vehicle to malfunction for example because the priority might not be given to specific data as it would if the vehicle was set to normal driving mode.

Here lays the product liability question. On the one hand the OEM has ground to set the vehicle’s ECUs to behave in a specific manner when it has good reason to think it is being diagnosed.
On the other hand the OBD technology provider will have grounds to argue that the OEM should not set up the car in such a way that it interferes with or impeach the use of 3rd party devices or that it makes it less safe to drive when the device is plugged in.

In this respect, Osborne Clarke has advised companies in many instances on whether OEM could restrict the use of third party spare parts, oils or independent workshops. The European Commission has provided clear guidance in this domain saying that vehicle manufacturers cannot limit their warranties on the condition that the vehicle is being serviced within authorised workshops or on the exclusive use of spare parts sourced from the OEM or its authorised network. In fact any warranty terms should need to be phrased in such a way that the free choice of spare part or independent service providers is ensured. Anything else would amount to a distortion of competition.

Applying this in the connected car context, we suggest that an OEM cannot normally claim that the use of an OBD dongle would void the warranty. Competition authorities in France, Germany and Estonia as well as Swedish courts have sided with the EU Commission, highlighting that the use of aftermarket parts cannot generally void a vehicle warranty. While parts manufacturers and repairers are responsible for the quality of their products and services, the vehicle manufacturer will remain liable for any defects that originate from the assembly of the vehicle.

However to the extent that the dongle may cause the vehicle to shift to diagnostic mode and to perform in a way that is unsafe for the use of the vehicle on public road, then we have an issue. Here the dongle will have to be made responsible for not unduly interfering with the data traffic on the car, or that it only extract data when the vehicle is parked or stopped at a red light.

Unfortunately the reality is that the dongle will inject more requests into the CAN bus before, during and after an accident, precisely the instances when interfering with the vehicle’s data network is the riskiest. Specifically before the accident, OBD dongle manufacturers and service providers will want to be sure that the experts analysing the accident cannot identify its causes to the be data traffic initiated by the dongle.

The view of the EU Commission is that causation is what matters ultimately. The ability to prove the causes of a defect or an accident is detrimental.

It is not the first time OEM use warranty terms to limit competition and we all agree both competition and safety need to be protected.
It is the purpose of the OBD port to allow for competition. As long as safety, reliability and privacy issues are being dealt with – and we believe they should be guaranteed by the service providers to their customers – drivers should be free to choose between a third party and an OEM centric diagnostic tool.

Dongle manufacturers and insurers will legitimately claim the OEM cannot void the warranty if the dongle is used but they must be fully aware and made accountable for the risk they take if the causation of an accident is demonstrated to be the dongle’s interference with the car.

As we are seeing a rapid proliferation of OBD dongle-based services worldwide, it is high time that OBD dongle manufacturers, OBD Library vendors and service providers look more carefully at safety testing. If the dongle becomes a semi-permanent feature in the vehicle, then why should it not be tested at Tier 1 supplier standards?

This blog is the result of a conversation between PTOLEMUS, Thomas Funke and Simon Spooner from Osborne Clarke