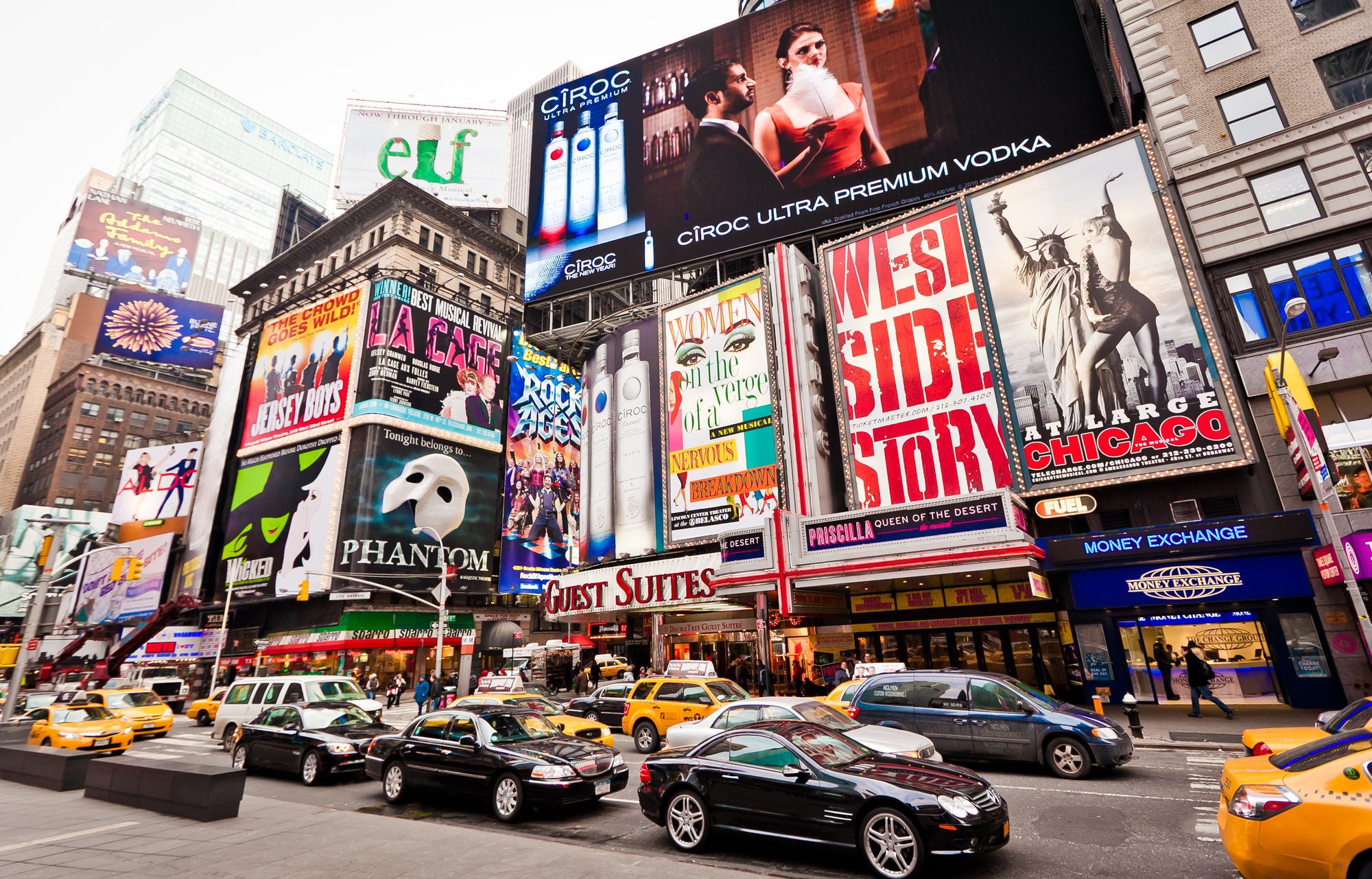 On August 10 the New York MTA (Metropolitan Transportation Authority) published their Environmental Assessment (EA) of the city’s congestion pricing plan. The plan is expected to be effective from the end of 2023 and will apply to the area south of 60th street in Manhattan’s Central Business District (CBD).

The idea to reduce traffic congestion in NYC through a fee charged to drivers traces back several decades. While a few proposals were submitted by city mayors, none had passed the state’s legislative hurdle.

This changed when New York Governor Andrew Cuomo and New York City Mayor Bill de Blasio proposed a congestion pricing plan responding to growing transportation challenges in New York City, including the 2017 state of emergency called by the MTA. A conceptual plan was approved by the state legislature in 2019 with objectives that included raising funds for the city’s transportation system, reducing traffic congestion, and reducing air pollution.

The proposal has been extensively discussed since then and is expected to be implemented soon. If successfully implemented, the program would be the first of its kind in the US and would add NYC to the list of cities that have a congestion pricing program in place – Singapore, London, Stockholm, or will soon have one in place, like Brussels, where the pilot program Smart Move was recently launched.

Several parameters are relevant to characterising a congestion charging program. Two of the most important ones are the charging model and the charging policy.

1. Charging Model
Cordon area congestion charging is generally implemented to reduce congestion within an entire city or a substantial portion of it. In this model, drivers are charged for accessing a cordoned area, usually a city centre.

This is the principle being applied in NYC, as the charging zone is a specific area of Manhattan (south of Central Park).

Drivers entering the cordon area are expected to pay a fee depending on the time of the day (peak, off-peak, and night hours), with certain exceptions existing. The exceptions apply to emergency vehicles, vehicles carrying people with disabilities, and residents living in the Central Business District (CBD) and earning less than $60,000.

Payment is administered through a mobile app account, and non-E-ZPass users will pay a higher fee due to the administrative costs of processing and billing the driver.

2. Charging policy
The financial interest of a charging program often relates to the necessity to reduce the economic loss caused by traffic congestion, and to improve the city’s overall transportation system. In NYC, there has been some debate whether this will be the case.

On one hand, a local business group estimated in 2018 that “traffic congestion will be a $100 billion drag on the New York metro area economy over the next five years”. On the other hand, the MTA 2020 – 2024 Capital Program for the region of New York includes more than $40 billion of investment in New York City Transit’s subways and buses. To fund the project, the MTA will have to raise an additional $15 billion, and it is anticipated that the congestion charging will raise $1 billion annually, which will be used for that funding purpose.

Seven tolling scenarios have been established, which provide different rates and different exceptions for individuals and vehicles. Within those scenarios, toll rates range between $9 and $23 during peak periods and between $5 and $12 during overnight hours.

In early 2021 the federal government granted the MTA preliminary approval of the program and in August of the same year, it began the full environmental assessment process. Expected to last 16 months, the study was completed in only 12 months and included 19 early public engagements conducted as webinars.

The webinars had a cumulative number of 1,022 Zoom viewers and 549 live YouTube viewers, and a total of 7,338 comments were transmitted to the MTA through various means (online forms, emails, voicemail messages, etc).

As mentioned above, seven tolling scenarios (labelled from A to G) were established for the purpose of the study. For peak, off-peak and overnight hours, the scenarios with lowest and highest toll fees were respectively Scenario A ($9, $7, and $5), and Scenarios E & F ($23, $17, and $12). These toll rates are for cars, commercial vans, and motorcycles using E-ZPass; other vehicle classes would pay different rates.

The main effects of the tolling scenarios outlined in the Environmental Assessment report are the following.

Parking: While there would be increased demand for parking at commuter rail stations and some locations outside the Manhattan CBD, none of the tolling scenarios would increase demand enough to result in adverse parking shortfalls.

Population and Community Cohesion: None of the tolling scenarios would result in adverse effects on population and community cohesion.

Air quality: For all tolling scenarios, the changes in traffic volumes, including changes in truck trips, would not result in the National Ambient Air Quality Standards being exceeded, and there would be no adverse effects on air quality from implementing the CBD Tolling Alternative.
The assessment does not emphasise any positive effect on air quality in the study area, but rather highlights the absence of negative impacts on the air quality due to truck traffic diversions in 3 neighbourhoods of the study area.

Noise: For all tolling scenarios, the predicted increase in traffic at locations in the regional study area would result in either a barely perceptible increase (between 2 dBA and 3 dBA) or a decrease in noise level.

Recommendations of the environmental assessment

The Environmental Assessment recommends the implementation of Tolling Scenario B, but with toll rates 30% higher than initially considered. Scenario B represents the base plan (Scenario A) with caps and exceptions, and has toll rates of $10, $8, and $5 for peak, off-peak and overnight hours.

With Scenario B, the number of tolls paid by cars, motorcycles, and commercial vans, as well as taxis and for-hire vehicles is capped at once per day, while it is capped at twice per day for small and large trucks. Buses are exempt from the toll.

With the Environmental Assessment published, next steps include the public review, which comprises of 6 public hearings and the acceptance of public comments on the EA in August-September 2022, the Federal Highway Administration (FHWA) decision in January 2023, and project going live in November 2023.

How likely is the project to become a reality?

The fact that the scenario recommended in the EA refers to toll rates close to the lower limit is a good start; however, critics highlight the fact that motorists already pay tolls at bridges and tunnels to enter New York. The upcoming hearings may lead to determining some additional exemptions.

However, the success of the plan could be compromised if several exemptions are set, as drivers that will be charged at the end would find it unfair and may protest, and toll rates would potentially need to be raised to compensate for the exempt categories.

In addition, there is the threat of legal challenges that could impact the program. Danny Pearlstein, policy and communications director for the Riders Alliance, a membership organisation of bus and subway riders in NYC thinks that “Someone will sue. If they sue when the system is about to be turned on, that could add months. It could add years.”

The strongest resistance is likely to come from New Jersey representatives and civil society, as they highlight that New Jerseyans working in Manhattan CBD will have to incur extra thousands of dollars each year for commuting, while not benefitting directly from the plan as funds will be reinjected in NYC’s transportation system.

Bailey Lawrence, a New Jersey governor’s spokesman said “the Murphy Administration will not support a double tax of New Jerseyans that provides no direct relief for our state’s commuters.” However, it is worth mentioning that less than 3% of New Jerseyans commuting to Manhattan CBD get there by car.

Noting this, there is also strong support for the project from the Biden Administration and other organisations and officials, such as the Regional Plan Association and the NY City Comptroller Brad Lander.

Mr. Lander, highlighting the fact that “average traffic speeds in Manhattan CBD plummeted 22% from an already crawling 9.1 mph to just 7.1 mph, and buses slowed even faster”, views the congestion pricing plan as a much-needed measure to improve commutes in the city and support long-term financing of the MTA.

Will congestion pricing in New York City be a success? No one can predict with certainty, but if everything goes as planned, several other US cities will have the incentive to move forward with their own congestion pricing programs. These cities include:
– Los Angeles, CA (2026): Conducted a feasibility study in 2019 and is considering introducing a pilot program by 2025.
– Portland, OR (2027): Study conducted in 2019 ended in 2022. Its findings are to be included in the development of the 2023 regional transportation plan.
– Chicago, Il (after 2028): Just introduced a ride hail congestion tax in downtown area. Congestion scheme still in discussion.

If you are curious about the pricing mechanisms applied in a congestion scheme or the worldwide trends in road user charging, you can purchase the latest version of our Electronic Tolling Global Study.

Williams Demanou is a Business Analyst with over 5 years experience in the road and transport infrastructure management. 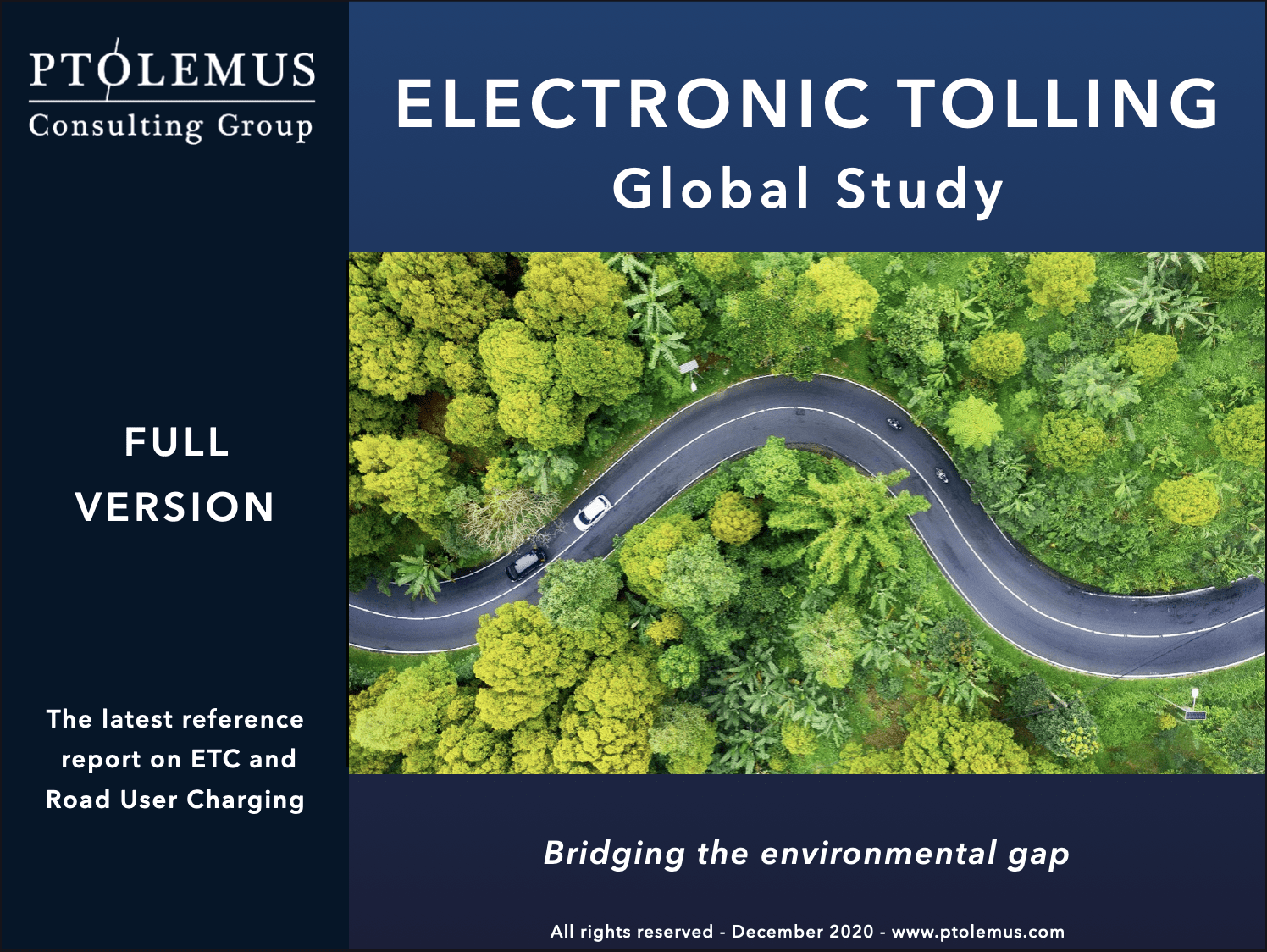