Satellites and EETS are the new norm in tolling 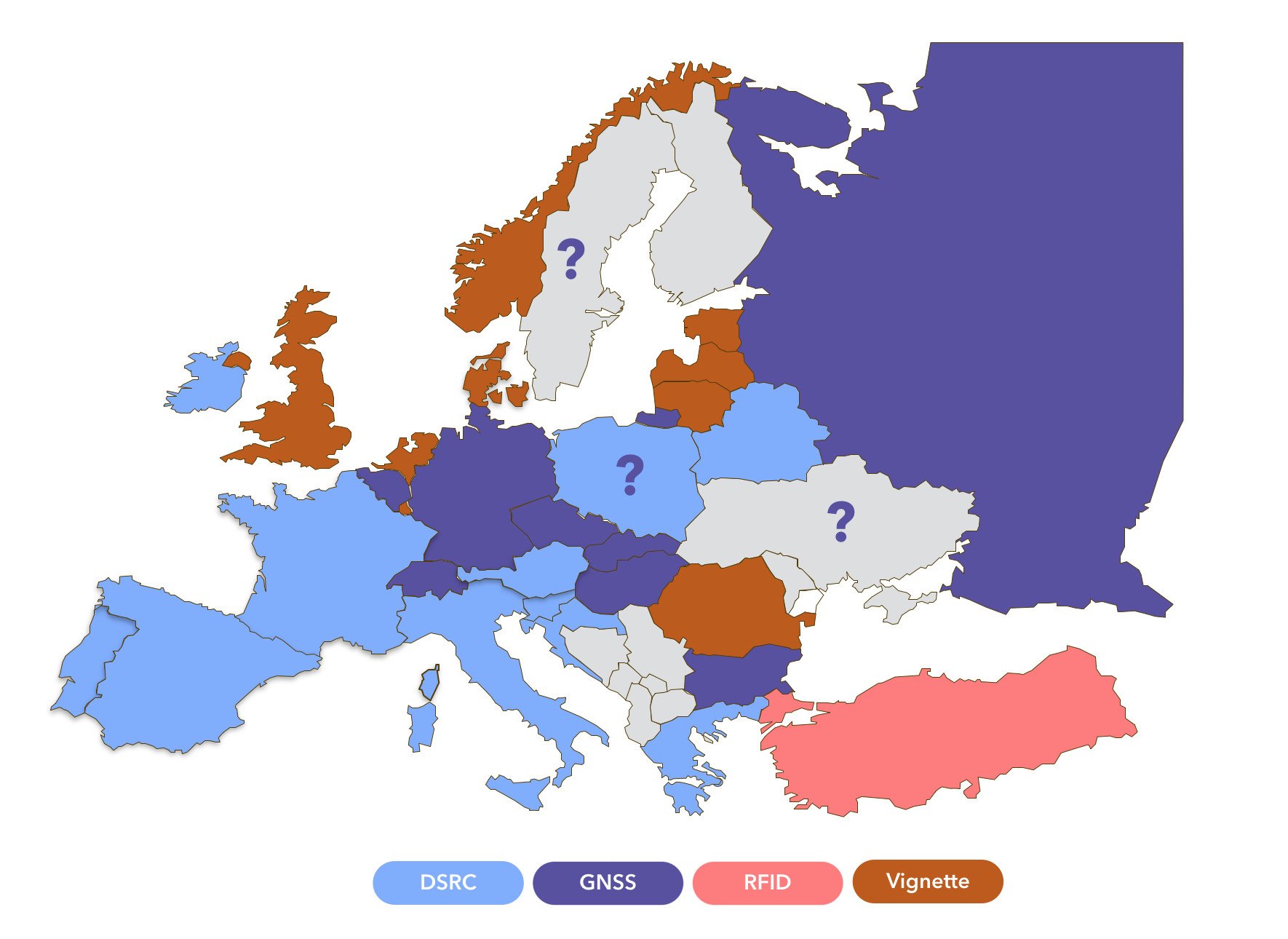 After 18 months of delays and legal challenges the tender process for the proposed Bulgarian nationwide GNSS toll seems to be finally moving forward. Originally expected to begin operating in late 2017, the toll will levy a per km fee on all vehicles over 3.5t and is expected to be EETS compliant from the beginning. Working in partnership with the World Bank, the Bulgarian Road Agency has a budget of €100 million in place with a target of €200 million in annual revenues.

Various legal challenges concerning the scope of the tender however have led to delay upon delay. Early challenges were justifiably seen as a deliberate attempt by disgruntled parties to try and derail the process, although the most recent came from German ANPR supplier and Czech supplier TollNet. The latter now features among the shortlisted companies.

Having cleared the last of the remaining legal objections, six consortia are said to be in the running. These consist of:

A winner is expected to be announced by the end of the year, however it is highly likely that one or more of the unsuccessful bidders will challenge this decision, leading to yet more delays. The ambition of the Bulgarian Ministry is for the system to be operational by the end of 2018 or early 2019. In our view, 2020 is far more likely.

Concurrently, the Czech Republic is in the process of tendering for the renewal of its own, existing HGV. Currently using DSRC technology and operated by Kapsch the MYTOcz generates more than €350 million in annual revenues across a network of 1,400km. Along with network expansion, the Czech Ministry of Transport is known to be in favour of a GNSS based EETS ready replacement from 1 January onwards, when the existing Kapsch contract comes to an end.

According to various unconfirmed reports, it appears that 4 groups have been shortlisted to take over operation of the Czech HGV toll on a new 10 year contract from 1 January 2020 onwards. The (again, unconfirmed) groups are said to be:

This tender was initially described as ‘technology neutral’, so it is possible that one more shortlisted groups have also proposed the existing DSRC structure be maintained, although this is unlikely given that 3 of the 4 have no experience of operating a DSRC toll. The tolled network expansion is also guaranteed to be expanded, which would be potentially easier and cheaper to achieve under a GNSS structure. Indeed, both SkyToll and T-Systems have prior experience of this from recent expansion in Slovakia and Germany respectively.

Poland’s viaTOLL – a DSRC electronic tolling scheme for vehicles > 3.5t – began operating in 2011. Over the past six years, the programme has undergone a number of small, incremental increases in the size of the network, which now stands at 3,600km. The deal with current operator Kapsch is set to expire in November 2018 and a new operational tender is underway, although Kapsch is widely expected to remain in place. As part of this process, the Polish General Directorate for National Roads and Motorways (GDDKiA) has announced plans to increase the size of the network to approximately 6,000km by 2024.  There have been rumours that the GDDKiA is considering a shift to GNSS based tolling, as is taking place in the Czech Republic, however this is not yet clear. Poland’s viaTOLL generates roughly €1 million in revenues per day and has more than 1 million vehicles registered. If the rumours turn out to be false and DSRC remains as the tolling mechanism Poland will still be following a clear trend towards significant network expansion, following Germany and the Czech Republic – who have each announced big expansion plans – as well as Slovenia and Bulgaria who have new schemes due to launch in the next 12 – 24 months.

The normalisation of geolocation based data as the enabler of HGV tolls raises possibilities far beyond tolling. Indeed it is clear from the composition of the companies on the Bulgarian shortlist that provision of a dedicated device is not a necessity. How ETC and EETS providers can use geolocation and contextual data to power new fleet services is something we shall be examining in much greater detail soon…