FCA and PSA falling behind in the Autonomous Cars race 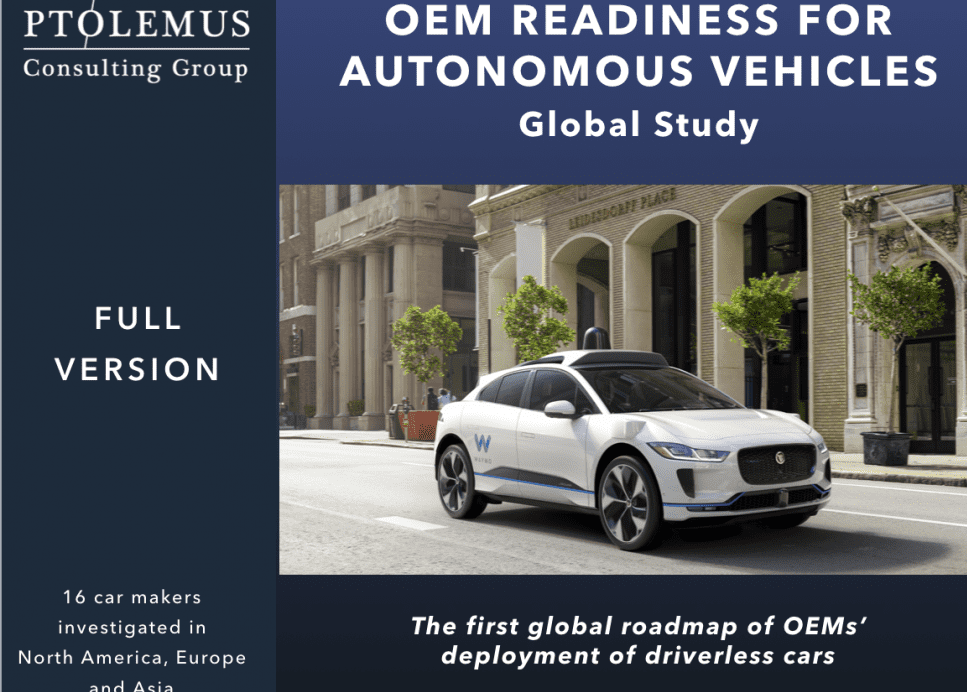 A new study by PTOLEMUS Consulting Group comparing 16 OEMs worldwide has found that most car makers are struggling to keep up with tech companies in the development race towards autonomous cars.

The OEM Readiness for Autonomous Vehicles Global Study highlights which automakers are overcoming complexities of commercial-grade level 4 automation and which are not.

For example, Fiat Chrysler (FCA) has eschewed its own AV programme; it supplies Waymo the Chrysler Pacifica and risks turning into a de facto tier-1 supplier for tech companies developing autonomous cars.

Similarly, PSA has stepped away from L4 automation, instead focussing on L1 to L3 and ADAS, citing that the cost to achieve L4 would be too great and eradicate its profit margin.

Frederic Bruneteau, PTOLEMUS’ Managing Director, stated: “As Waymo launched its commercial robo-taxi service, all OEMs are struggling, delaying their launch dates and even partnering with competitors. We expect that most car makers, such as Tesla, who have bet on private autonomous cars will not be able to launch at an affordable price before 2025.”

Based on its bottom-up investigation of OEMs‘ advancement, PTOLEMUS predicts that launching an AV programme will require relentless simulation and real world testing prior to launch. It also finds that car makers must extend current areas of operational testing to more challenging “real-world” environments, rather than the constrained “safe zones” currently in use, in order to make them a global commercial success.

At over 360 pages, the report is the world’s first cross-technology OEM assessment of the Autonomous Vehicle industry.

The study, a 30-page abstract of which is available here, answers such questions as:

Andrew Jackson is the Research and Publishing director of PTOLEMUS. He has over 10 years experience working in the automotive sector and is a specialist in autonomous vehicles